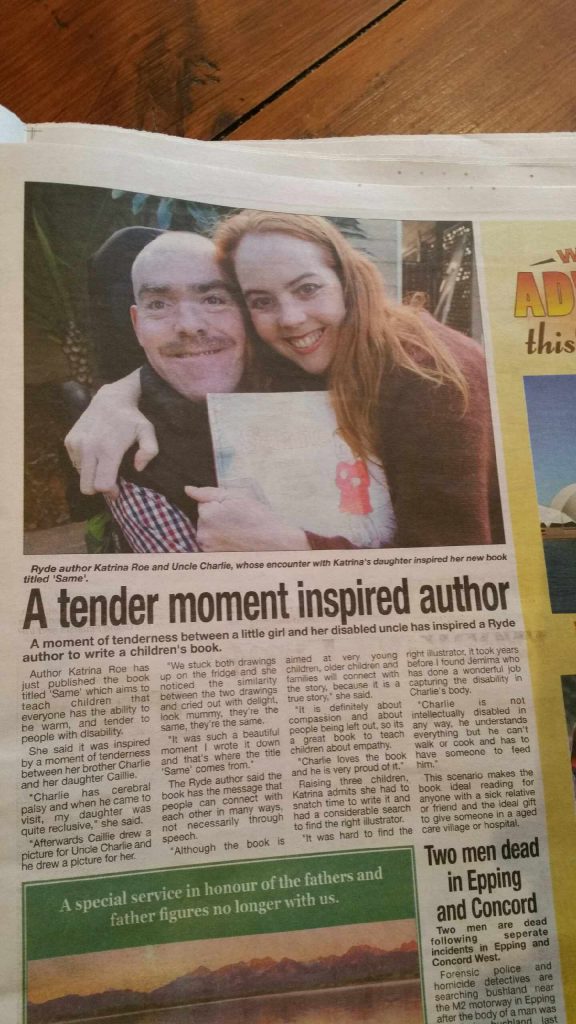 I was so excited when my copy of The Book Curator magazine arrived in the mail earlier this month.  It was one of the very first published reviews of Same, even before the launch.

The Book Curator is published by Apt School Resources who supply books to many Australian schools, particularly private and Christian schools.  Rowena Beresford has become a friend of mine (through our shared love of children’s books) and I knew that she had a heart for Same from the start.  But it was still a thrill to see this lovely feature and review.  It was also a bit of a shock to realise that I now actually have three books out!  How did that happen? 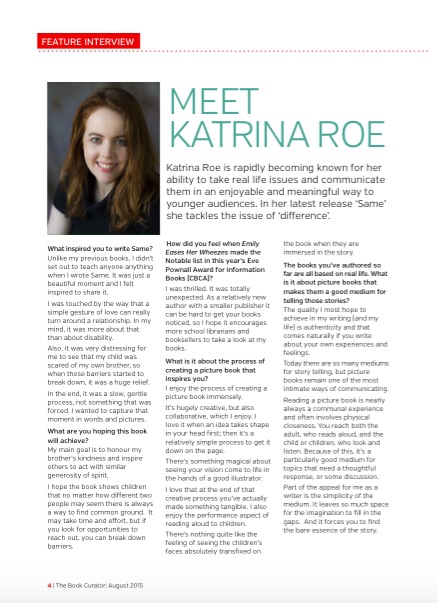 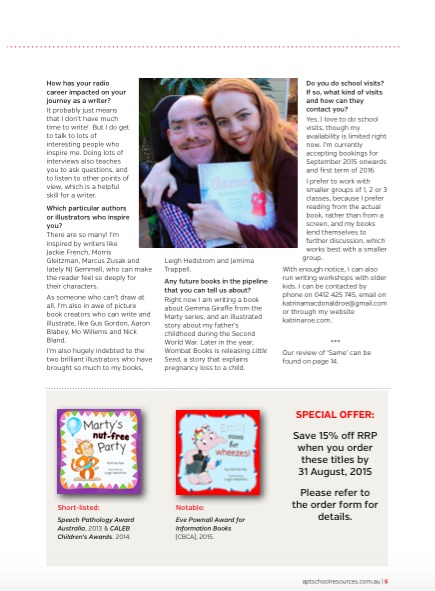 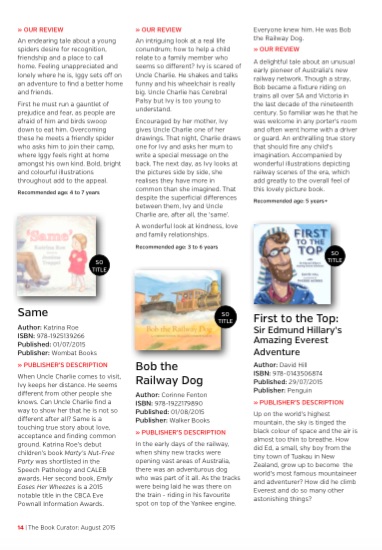 There was also a recent review by Julieann Wallace on Creative Kids Tales which you can read in full here, but I’ve copied just a little of it.

‘Katrina Roe has written a touching story for children up to the age of 7, that explores love, acceptance and finding common ground, showing that we can be different but the same. Her story is beautifully illustrated by Jemima Trappel, who has used colour to complement the feelings of Ivy, the mood of colour changing with Ivy’s journey through acceptance. Jemima has also captured Ivy’s anxiety with perfection in her portrayal of facial expressions, to the happiness of acceptance and finding something the same.

‘Same’ is a wonderful book to open discussion about differences between all types of people. It encourages children to find in what ways they are the same as someone who is physically different, or challenged, breaking through the barrier of fear that comes with the unknown when someone appears different.’

Thanks Julieann!  I do agree with how perfectly Jemima has captured Ivy’s moods.  Awesome work Jemima!